Two nightlife venues are set to open on the Las Vegas strip.  Intrigue nightclub is set to open on the 28th of April at the Wynn Resort and Casino.  It will be taking the place of Tryst nightclub, which has closed after 10 years.  Intrigue will have over 14,000 square feet of space and it’s being reported that it will also include a 1,200 square foot private club that will be “social media free” to ensure the upmost level of privacy for guests, as well as foster face to face communication.  In an age of technology, this is often something that is missing, even in social scenes such as nightclubs.  It seems many are more concerned about posting on social media than speaking to the person next to them, so this “social media free” zone is an interesting concept.  It will be interesting to see if more clubs follow the lead of Intrigue and implement something similar. 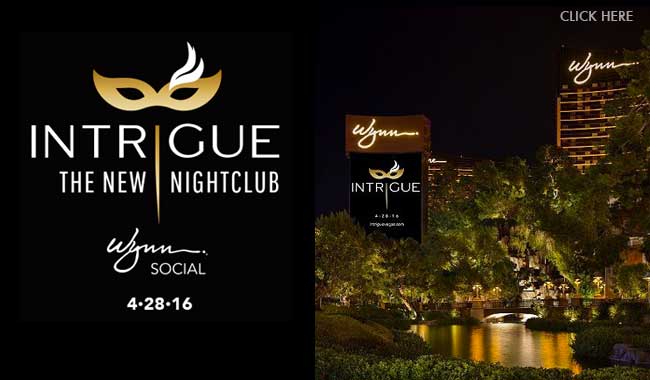 Intrigue Nightclub will also feature state-of-the-art lighting and sound designed by award-winning John Lyons Systems.  However, it has also been speculated that Intrigue will be spearheading what some consider a change in the ongoing evolution of nightlife in terms of talent.  While it is set to have contemporary club music, it’s also said to be transitioning away from the big name EDM artist and DJ appearances. It’s no secret that the mega-clubs shell out extraordinary amounts of money for big-time DJ talent.  Time will tell if this catches on.  There has been some buzz around Las Vegas that EDM is slowly dying, contract offers made to big name talent are dwindling, and that patrons are looking for something new.  Red Carpet has had tens of thousands of clients over the years and we truly believe it really comes down to each person’s interests, not what the “buzz” is or what nightlife industry analysts believe.  As the longest running and top rated nightlife hosting company in Las Vegas, Red Carpet serves those with an interest in big-name EDM artists and mega-clubs, as well an interest in smaller, intimate club settings, and everything in between.  Regardless of whether you want to see Calvin Harris play on Saturday night or are interested in checking out Intrigue nightclub with a different vibe, Red Carpet can ensure seamless entry and a guaranteed great night out. 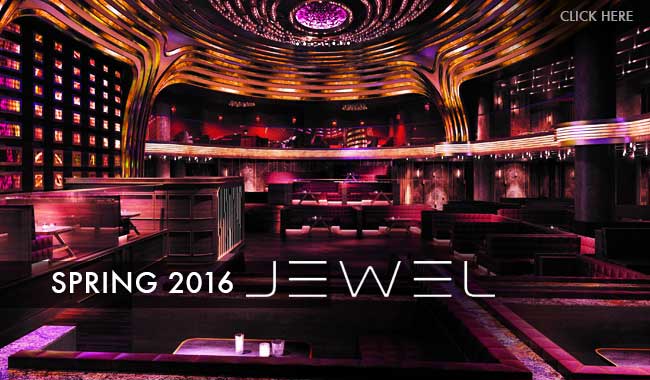 Another venue set to open soon still believes in big name talent.  Jewel nightclub in the Aria Resort and Casino is set to open in May.  Grand opening weekend consists of top performers that include Jamie Foxx on Thursday, May 19th, a special surprise guest on Friday, May 20th, The Chainsmokers on Saturday, May 21st, and Lil Jon on Monday, May 23rd.  The venue will be large, over 24,000 square feet to be exact, and will have exceptional attention to detail throughout.  It will be a Hakkasan Group venue, a brand that never disappoints.  The style is said to be modern luxury with state-of-the-art technology and handcrafted detail.  Over 1,300 feet of LED lights are said to grace the venue with 5 ultra-exclusive VIP suites.  The main club above the dance floor will create an amazing lighting and sound experience, while the lighting behind the DJ booth is said to be “mesmerizing”.

It goes without saying that the next few months will be non-stop excitement in Las Vegas.  Not to mention, it is also pool season, so the daylife will hold just as much action as the nightlife!  As always, Red Carpet VIP is here to make your Vegas experience unforgettable like no one else can.