Check out a list of some of the HOTTEST events you will find in Las Vegas clubs this week. You can get info on these parties and more by contacting Red Carpet VIP and speaking with one of our Las Vegas VIP Specialists. Whether you are looking for Tables and Cabanas or VIP Hosted Entry, Red Carpet VIP has you covered. Party VIP style at the Biggest and Best Las Vegas Nightclubs and Pool Parties.

You can keep up to date with what’s happening in Las Vegas nightlife by following us on Facebook and Twitter where we send out daily updates. We also share places to visit, things to do and info on how Red Carpet VIP can help make your next trip to Vegas even better! 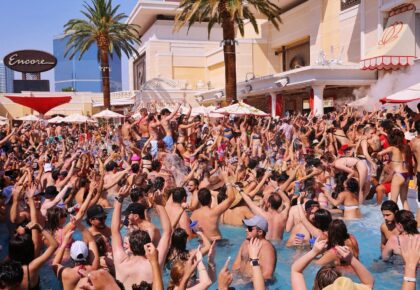