New and Coming Soon on the Vegas Strip

Much like in 2013, Vegas has plenty of new sights  open and on the way in 2014. The Las Vegas Strip is an ever changing picture with new casinos, stores, activities, clubs and more popping up on a regular basis. We do our best to stay on top of the news and get our clients prepped for their next visit to Vegas.

Here are a few of the big changes that you should know about. After all, nobody cares about the new Walgreens right? 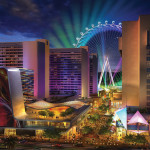 Bowling, music, fantastic food and drinks… and that’s just at the Brooklyn Bowl. The LINQ is the newest spot on the Strip tucked in between the Flamingo and the Quad. Filled with plenty of shopping, food and entertainment including Brooklyn Bowl, Sprinkles Cupcakes, Purple Zebra Daiquiri Bar, BLVD Cocktail, Yardhouse and the return of O’Sheas. It has already changed the flow of traffic of tourists walking down the street and drawn locals in to check out the new digs. The biggest feature of the LINQ is highlighted next…

In what has been the single most dramatic non-casino change to the Vegas sky-line, the long-awaited High Roller Observation Wheel will open its doors (or pods?) sometime in the next week. Currently, employees of Caesars Entertainment are enjoying the first rides before the wheel becomes available to the general public. Standing at a whopping 550 feet, it is now the largest observation wheel in the world! Each of the cabins will hold a maximum of 40 guest and a ride will last a half hour. With no bathrooms on board… make sure you “go” before you go. We’ll keep you posted once we get to take our first ride. 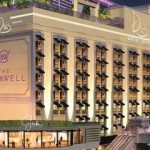 Taking over the former Bill’s Gambling Hall location on the corner of Las Vegas Boulevard and Flamingo is the Cromwell, a boutique a hotel feature a mere 188 rooms. In the land of mega casino resorts with thousands of rooms, the Cromwell will offer a breath of fresh air and a unique option for travelers. Giada De Laurentiis, of Food Network fame, will open her first restaurant in what looks to be a beautiful corner view space just above the casino floor. Rooms are available to book now and rates are starting at around $299 a night.

Victor Drai brings his Drai’s experience to new heights at the Cromwell starting Memorial Day Weekend. With over 65,000 square feet of space spread across two levels, the pool and nightclub will transform the rooftop of the hotel into a one of a kind party experience. The after-hours will return to it’s rightful home down below the casino floor, just the way we like it. Big things are expected from Drai’s and they plan to do it without bringing in the big-name DJ’s. 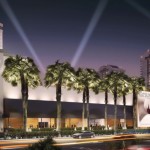 In an attempt to transform the North End of the Vegas Strip, the SLS Hotel & Casino is working hard to finish up in time for opening as it replaces the former Sahara Hotel & Casino. With over 1,600 rooms, 30,000 plus square feet of meeting space and a collection of shopping, nightlife and restaurants that look to draw tourists and locals alike just a little further down the Strip. Just announced is the name of their nightclub, LiFE, which seems like it will also be a multi-use venue with a nightclub and day club. We’ll have more info as opening date gets closer!