Intrigue Nightclub Has Opened, Can It Lived Up To The Hype?

As the top independent hosting company in Las Vegas, Red Carpet has the inside info of the newest developments in town.  Intrigue Nightclub was highly anticipated leading up to the grand opening, but many wondered how and if it would differentiate itself from the rest of the mainstream venues on the strip.  It turns out that Intrigue has lived up to the hype.  If you’re the club-going type, you must check the place out!

Intrigue Nightclub opened to the public on April 28th, 2016 in the space of the former Tryst Nightclub at the Wynn.  It has an extremely bright ambiance and has completed an upgrade that looks nothing like the former venue in the space.  Featuring state-of-the-art lighting and sound designed by award-winning John Lyons Systems, music fans rushed to the club on opening weekend, with many waiting for what seemed like forever in the general admission line to try to obtain a peek inside. 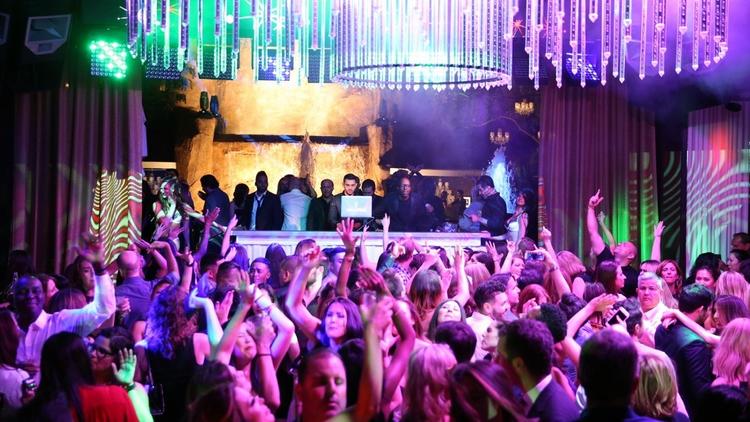 It was speculated leading up to the opening of Intrigue that the ownership and management had the intention to steer away from the superstar DJs and EDM artists being the highlight of the club, and instead focusing on the club itself.  This has apparently proved true with an army of cocktail waitresses handing out pizza to club goers. In addition, the confirmed “secret room” where photography and social media are off limits, does in fact exist.  This area also has private bathrooms and a fully stocked bar.  Just think: free pizza and no Facebook! Try to tell us that you don’t like the sound of this. This isn’t your average venue.  Many venues on the strip spend absurd amounts of money on top-talent to perform in the club, which will hopefully draw large crowds so that the revenue ultimately outweighs the expense.  There has been some buzz around Las Vegas that EDM is slowly dying, contract offers made to big name talent are dwindling, and that patrons are looking for something new.  Perhaps Intrigue is on to something.  Time will tell.

Intrigue is located just to the right of the main valet entrance at the Wynn.  The venue is open Friday, Saturday, and Sunday starting at 10:00 p.m.  There is an average wait of over an hour, but that’s to be expected with a new venue like this one.  Cover charges can reach $50 per person to enter.  Mixed drinks start at $14 for house spirits and go up for premium.  While this might sound like a hole in your wallet and a big commitment of time standing still, Red Carpet is here to help.  With tens of thousands of clients over the years, Red Carpet can get you into the hottest venues in town, including Intrigue, with quick entry and a guarantee of your reservation and your VIP section location.  Be sure to ask about your private table being located next to the fountain outside, it’s a great alternative to the typical dance floor table, though the dance floor is always the life of the party!