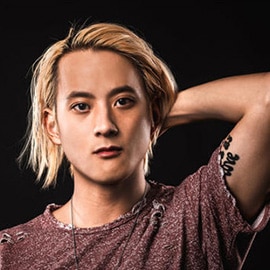 In the beginning, he was known only as Zhu, emerging in the 2010s surrounded by a cloud of mystery and a handful of melodic house anthems. With his distinctive vocals and hypnotic production, he established himself on the scene with early EPs The Nightday and Genesis Series, rising on the global charts with tracks such as “Faded” and “Working for It.” He issued his official debut full-length, 2016’s Generationwhy, which topped the U.S. Dance chart. Expanding his sound in 2018, he released his sophomore work Ringos Desert. He closed the decade with a string of singles, collaborating with the likes of Sofi Tukker, the Bloody Beetroots, Tinashe, and more. In 2021, Zhu issued Dreamland 2021.

Born Steven Zhu, the producer grew up in the San Francisco area, playing in jazz band and orchestra before studying music in college. In the beginning, he sought to remain anonymous so the attention could remain on his music alone. His early viral track “Moves Like Ms. Jackson” — a medley of Out Kast songs — helped him get noticed and as more tracks appeared online, the hype surrounding his music increased. His debut EP The Nightday arrived in the spring of 2014. The set’s breakout single “Faded” charted across Europe and the U.S. and was nominated for a Grammy, a first for an anonymous artist. The following year, Zhu recruited an impressive roster of guests for the Genesis Series EP, which featured collaborations with Skrillex, Daniel Johns, Trombone Shorty, Bone Thugs-N-Harmony, A-Trak, Keznamdi, Vancouver Sleep Clinic, Aluna George, and labelmates Gallant and THEY. After embarking on his first headlining tour, which included a critically-acclaimed spot at Coachella, Zhu released the single “In the Morning” in 2016. “Generation why” — the lead single off his debut album of the same name — arrived in June 2016. Generation why topped the U.S. Dance chart and peaked just outside the Billboard 200’s Top 100. The following year, Zhu surprise-released the four-track EP stardust exhale marrakech dreams, which featured a NERO collaboration titled “Dreams.”

In 2018, he kicked off another album cycle with the singles “Blame” with Ekali and “My Life” with Tame Impala. That spring, he released the teaser EP Ringos Desert, Pt. 1, featuring JOY. on “Stormy Love, NM.” and Karnaval Blues on “Still Want U.” A full-length expansion followed that September. Ringos Desert added guests such as Tokimonsta and Majid Jordan to the blissed-out house party. Over the next few years, Zhu focused on singles, collaborating with Sofi Tukker (“Mi Rumba”), Nghtmre (“Man’s First Inhibition”), and the Bloody Beetroots (“Zoning”). He also landed a string of Top 40 Dance hits, peaking with 2020’s “Follow” featuring Kito and Jeremih.

In 2021, Zhu unveiled his next era, Dreamland 2021, which featured guests Tinashe and Kota the Friend. Soon after, reached a new audience with his remix of Coldplay’s “Higher Power.”