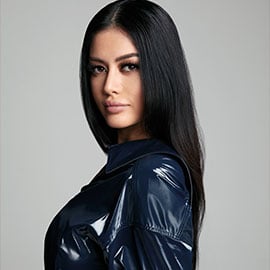 Kim Lee has a reputation as ‘the Calvin Harris of Asia’, according to her co-star Kane. But before she ventured into the world of DJing, she was actually a model. She walked on several runways including Los Angeles, Paris, and New York Fashion Week shows, working with designers such as Marc Jacobs and appearing on the international covers of fashion magazines like GQ and Esquire.

As for reality shows, Bling Empire isn’t her first gig either as Kim Lee previously went on The Amazing Race in Vietnam back in 2013 and hosts Yo! MTV Raps on MTV Asia.

In 2012, she caught the attention of Black Eyed Peas after bonding with them over a night of partying. Soon after, one of her mixes featuring Kanye West went viral and she has been a successful DJ ever since.