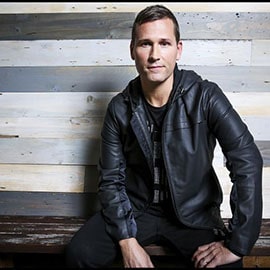 Grammy-nominated electronic producer Kaskade emerged as one of the most successful American progressive house DJs of the 2000s, pioneering the concept of Las Vegas residencies and selling out arenas across America. With his bright, uplifting dance anthems, he was a steady presence on the U.S. dance charts into the 2010s with Top Ten releases that included chart-toppers Fire & Ice (2011) and Atmosphere (2013). One year later, I Remember (2014) compiled the best of his Ultra years, after which he renewed his contract with the label and released Automatic (2015). During the late 2010s, Raddon began rounding up his singles work into a series of EPs titled Redux.

The double-album Fire & Ice followed in 2011 and debuted in the Billboard Top 20. Featuring a production assist from Skrillex on “Lick It,” the effort also included guest vocals from Neon Trees and Skylar Grey. Atmosphere arrived two years later and featured softer, more relaxed music along with vocals from Kaskade himself. After the 2014 compilation I Remember rounded up the best material from his years on Ultra, the DJ renewed his contract with the label and one year later released Automatic. The album featured guest appearances from Estelle, Galantis, John Dahlbäck, and K. Flay, and peaked on the Billboard Electronic chart at number two. In 2016, Kaskade joined Deadmau5 and Skylar Grey on the single “Beneath Me.” The following year, he issued the Redux EP 002 (featuring LoKii, Mr. Tape, and Late Night Alumni), as well as the holiday-themed Kaskade Christmas. The DJ then joined Charlotte Lawrence for the 2018 single “Cold as Stone.” His third installment of the Redux series arrived in 2019. Redux EP 003 presented a seamless mix featuring Felix Cartal, Gorgon City, and more. Among his many 2020 singles, he also issued the Redux 004 EP. He kicked off 2021 with the single “Closer.”