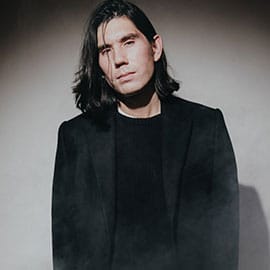 With a highly-buzzed about set at Coachella both weekends this year and upcoming performances at A-list festivals like Lollapalooza and Governor’s Ball 2017, Gryffin thrives on creating an unforgettable stage show that blurs the line between electronic music and raw live performance. Further proving the vitality of his music, several artists have taken to performing Gryffin’s versions of their own songs when playing live. And with his name referencing the mythical half-lion/half-eagle creature and its power to soar, Gryffin aims to continue instilling a potent, uplifting energy into each of his tracks. “Part of the reason I like working with piano and guitar so much is that it adds a human element that can’t be replicated—you might not even realize it as a listener, but you feel it on some deeper level,” he says. “It builds this connection that’s really powerful, and to me that ability to make music that moves people and picks them up is the most rewarding thing in the world.”