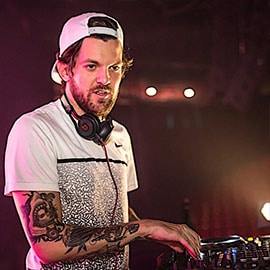 In addition to releasing singles like “Say Less” and “Hello There” in 2017, Francis made his acting debut in the comedy television series What Would Diplo Do? Beginning with the funky “Ven,” a barrage of singles preceded the 2018 release of his sophomore full-length, Wut Wut. Featuring contributions from Lao Ra, Residente, De La Ghetto, Fuego, Arcangel, and more, the set placed at number 22 on the Billboard Latin Albums chart. It also garnered Francis a Latin American Music Award nomination and Latin Grammy nomination for the song “Sexo.” Keeping busy in 2019, he released “LFGD” with Chris Melberger, “Lost My Mind” with tourmate Alison Wonderland, “Change Your Mind” with lovelytheband, and “Catchy Song,” a group collaboration with T-Pain and That Girl Lay Lay for the soundtrack to The Lego Movie 2: The Second Part. His mixtape Magic Is Real arrived in March 2020 and included collaborations with Nitti Gritti, Vera Hotsauce, Bunji Garlin, TV Noise, and Big Freedia.