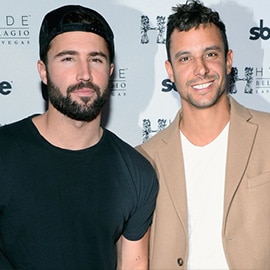 While known mainly as a TV personality and producer, Brody Jenner is also an extremely talented musician and DJ. Having grown up with strong musical influences including his mother, Grammy award winning songwriter Linda Thompson and his stepfather, 16 time Grammy winner David Foster, Jenner learned to play several musical instruments including the drums and guitar as a child. Recently his love for music has lead him to partner up with one of Hollywood’s most elite DJs, Devin Lucien. Devin Lucien is one of the most in demand DJs in the city of Los Angeles. He holds and maintains residencies in the most exclusive venues in Los Angeles as well as nightclubs across the globe including domestically in the cities of Las Vegas, New York and Miami to name a few. Devin was also privileged to work as a music consultant for the movie “Project X” and helped build the soundtrack that hit #1 on iTunes in its first week of release.